Siri Hettige is Emeritus Professor of Sociology at the University of Colombo, Sri Lanka . He is also an Adjunct Professor at the RMIT University, Melbourne, Australia. Professor Hettige was recently appointed as the Chairman, National Police Commission, Sri Lanka. He is also the Honorary President of the Association of Sri Lankan Sociologists and Chairman, the Working Committee on Social Sciences, National Science Foundation, Sri Lanka. He has published widely on such themes as youth, education, social and political conflict, social policy and governance and development. He has also served as a Visiting Professor/ Researcher at a number of overseas universities such as University of Zurich, Switzerland, University of Kuopio, Finland, Melbourne University, and University of Adelaide, Australia. His most recent publications include: Globalization, Employment and Education, co-authored with Angela Little, Rutledge, London (2013), Governance, Conflict and Development in South Asia, co-edited with Eva Geherz, Sage publications, Delhi, (2014), Towards a Sane Society, Sarasavi, Nugegoda, Sri Lanka (2015).

Angela Bajzáth works at the Faculty of Primary and Preschool Education at the Eötvös Loránd, University Budapest. She gives lectures on family sociology, children’s rights and safeguarding. Besides, she publishes studies, edits books, frequently gives presentations at conferences, offers facilitations in workshops and training courses in Hungary on the issue of student centred learning, use of learning outcomes, outcomes oriented development of qualifications. She does research for the intercultural education competencies and educational innovation. One of the current research projects is to develop a learning environment to train Culturally Competent Educative Professionals through a Practice-based methodology. She also runs training and skills development workshops for researchers, professors as well as academic and management leaders in higher education institutions. Her mother tongue is Hungarian. She is proficient in German and English as well.

She has recent publication in one of the most highly respected journals of early childhood education: 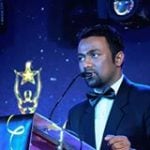 The Scientific Committee consists of the experts in the field from many different countries in the world. The Committee Members evaluate your abstracts and provide insights to improve those further. According to the final decision given by them, you would be able to process further tasks for attending the conference.

BE OUR SESSION CHAIR

Write to Ms Nilukshi Jayawardana : nilukshi@tiikm.com with your short bio-data